Dr. Dan Reinhardt is the Founder and President of the CREST Leadership Program. Leadership development has always been a part of his life. As a youngster he watched his missionary parents train leaders in India. After completing a Bachelor in Bible degree in the USA he traveled to Jerusalem where he earned a Masters in the History and Geography of Ancient Israel. He learned and practiced leadership skills leading Hillcrest Church from 270 to 1200 in attendance, with eight associate pastors. He earned a Doctor of Ministry in Leadership from Asbury Seminary. His doctoral thesis became the foundation for launching in 2002 of the CREST Leadership Program. CREST is a life and leadership development process that helps mid-life leaders find clarity for the second half of life. With graduates all across Canada, CREST is emerging as a premier adult leadership development program. Dan and his wife, Anne, have four grown children and numerous grandchildren. He loves working with his hands in his woodworking shop. 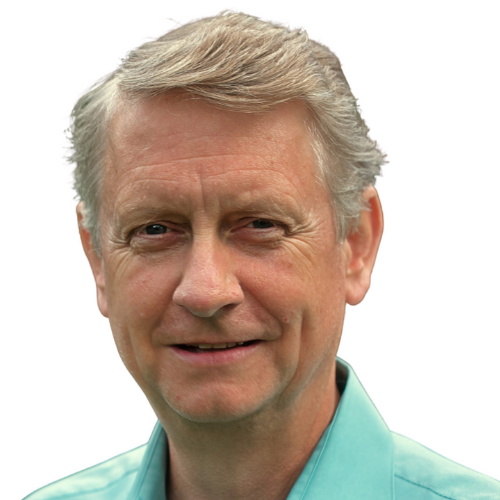 Dr. Terry Young is presently a member of the Crest Leadership Board and serves as a Facilitator for the Masters in Christian Leadership degree. He has previously held pastoral leadership positions, most recently at First Alliance Church in Calgary, Fort McMurray Alliance Church, and River of Life Alliance in Calgary. Terry is currently Associate Professor of Pastoral Theology at Ambrose University. Having completed doctoral research at Gonzaga University on holding environments for leaders in 2004, his desire is to encourage, inspire, and equip leaders who find themselves on the complex front-line of leadership. He is presently researching, writing, and presenting on The Front Porch Effect™ which explores the vital role of reflection in personal and organizational leadership. If he ever writes a best-seller it will be entitled, The Purpose Driven Prayer of Jabez in The Shack Code. Terry is married to Maureen and they share together a family of four grown children and several grandchildren. 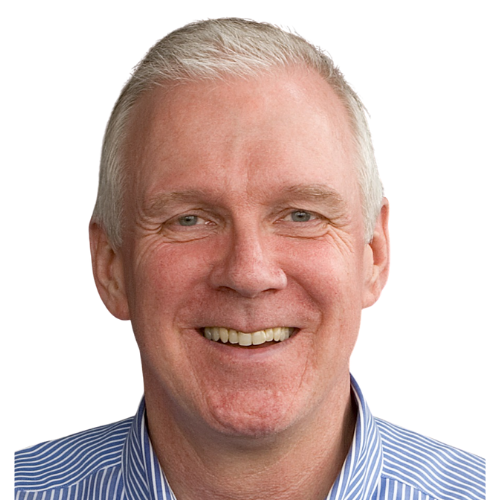 John Pritchard graduated from CREST with a Masters of Christian Leadership in 2006, one of the first CREST graduates. He has been engaged with CREST since the beginning. He was one of the original members of the CREST Board of Directors, and now is the Lead Facilitator for the CREST Diploma program. He comes with leadership experience: he served as Lead Pastor of several churches around Alberta for over 25 years, before starting a network of home churches called The Edge. The Edge is John’s “sweet spot”, representing the convergence of experience, gifting, and passions. His enthusiasm for entrepreneurship and servant leadership comes through clearly in his contribution to the cohorts of CREST. John is married to Trish and they have a daughter, two sons, two daughters-in-law, a son-in-law, and five grandchildren. 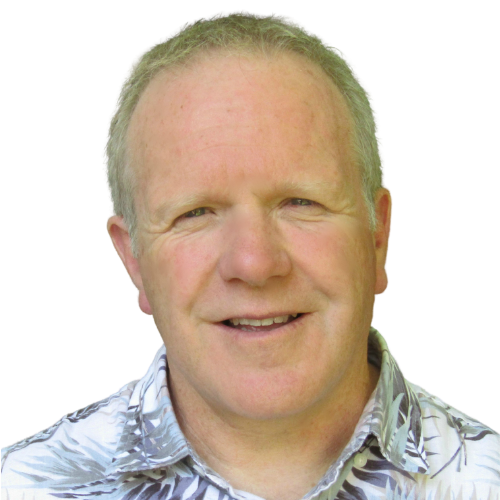 Dan Woodard serves with Action International Ministries to mentor and coach First Nations leaders and missionaries in developing healthy leaders, churches and parachurch ministries. He has participated in numerous ventures in the past four decades, including directing Pathways to Life, administrating a partnership of ten mission agencies, training hundreds of new missionaries and coordinating symposiums and conferences. In more recent years, Dan’s workshop training has largely focused on team building, master-planning, and equipping for more effective ministry, especially in cross-cultural settings. Dan and his wife Deanna have three married sons and five grandchildren. Both Dan and Deanna are accomplished pianists, and Dan enjoys hunting, gathering firewood, and researching his family tree. 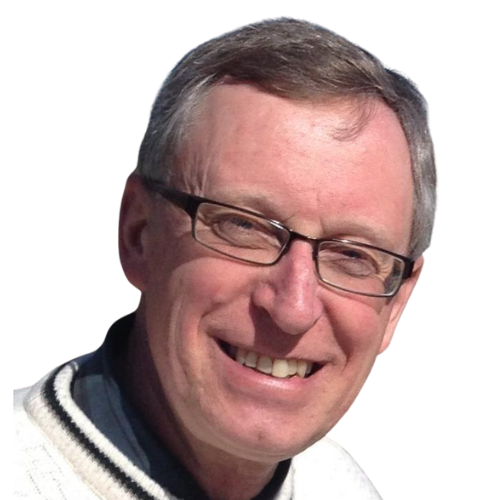 Marvin has served as the Executive Director of MentorLink Canada since January 2012. MentorLink is an international network of people who are partnering with existing ministries in helping to accelerate the training of leaders who will “lead like Jesus.” MentorLink began in 2000 and has served in over 45 countries. Marvin served previously as the President of Heritage College & Seminary in Cambridge ON for more than 21 years. Before that he served as a pastor in London and St. Thomas ON for 14+ years. He was a founding administrator of a Bible and helped to create two Christian day schools. He also was instrumental in merging two Christian colleges and a total relocation of the new entity (Heritage) to another city and building a new campus. Marvin has ministered in many churches and conferences throughout Ontario and the Maritimes; he has also served internationally in Russia, South Africa, Israel, Pakistan, India, the Philippines, Ukraine, Columbia, and Western Europe. Marvin also serves on the Canadian Board of Across Borders for World Evangelism and the International Board of ABWE Ministries, Harrisburg, PA. Marvin and his wife, Kay, have three adult sons, two daughters-in-law, and five grandchildren. Marvin serves as an elder at Forward Church in Cambridge ON where they are members. 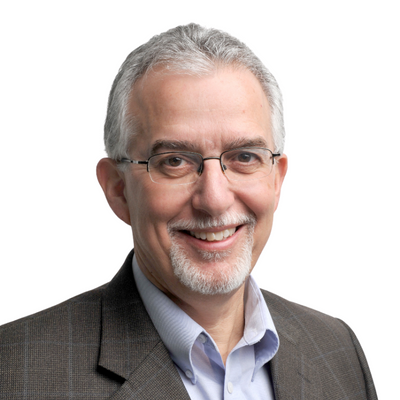 Verdeen Bueckert graduated with a CREST Masters in Leadership in 2011. It marked a turn-around in her life. CREST equipped Verdeen to shift her role as a Registered Nurse: from passing out pills to leading provincial quality improvement for Alberta Health Services. Verdeen was nominated in 2013 for an Award of Nursing Excellence in Education, and with her team, received the 2015 President’s Excellence Award for Outstanding Achievements in Quality Improvement. She was interviewed in 2019, for her peer-reviewed Toolkit, ;When Psychosis Isn’t the Diagnosis, one of the top ten of more than 1000 Choosing Wisely resources, in seven of 20 participating countries.  An avid reader and systems thinker, Verdeen actively explores transformational solutions to diverse questions:  - What are the advantages of leading from the middle of an organization?  -In what ways are leadership and parenting intricately connected?  - What daily practices contribute to a healthy, rich and fruitful life?   Her soul journey has not been easy. It includes 12 years of chronic fatigue (and full restoration to health), financial reversal (and turn-around), and death of a spouse (and a new relationship). She has persevered through to joy. Verdeen remarried in November 2021. She and Bob enjoy hiking, biking and reading, and have six amazing adult children.  Verdeen serves on the CREST Board of Directors and as an instructor in the CREST program. 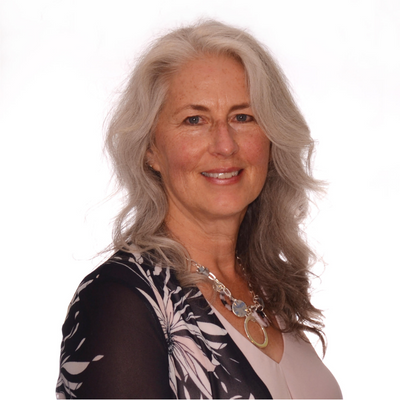 Ingrid is a Human Resources consultant for her company, SMART HR. She works with small to medium sized businesses to help them build strong leaders and great cultures. Ingrid is also a CREST graduate and is enthusiastically using the principles she gained through CREST with her clients. Ingrid has worked in the HR management field for 15 years and sees herself as an “architect” or builder of programs and processes. Her strengths lie in group training and facilitation, coaching, human resource planning and implementation, and helping facilitate positive change and growth in individuals and organizations. She currently sits on the board of her Chamber of Commerce, serving the local business community. Ingrid lives in Victoria, BC, is married to her husband, Greg, and has two grown children and 3 “grand-dogs”. 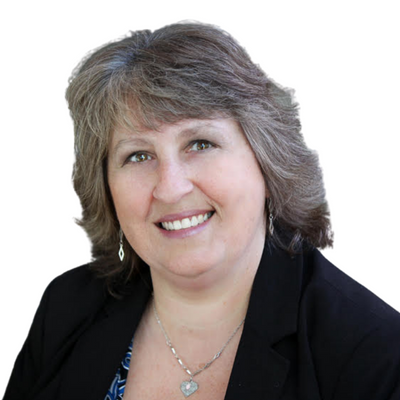 Greg Clark, Facilitator for the CREST Diploma Program, serves as the Lead Pastor of Beaverlodge Alliance Church in Beaverlodge, Alberta, where he has been since 2002. He is currently finishing his Masters of Christian Leadership with CREST. Greg loves people and consistently encourages them in their walk with God. He is passionate about serving his community in a leadership role and believes everyone has the potential to make the world better. Greg is married to Farrell Clark and they have four amazing and quickly growing children, a son and three daughters. 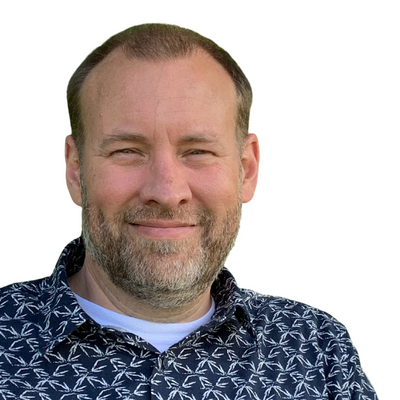